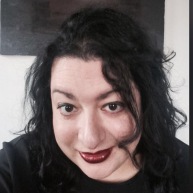 Chandra Lekha Sriram was Professor of International Law and International Relations at the University of East London, where she was founder and Director of the Centre on Human Rights in Conflict. She died suddenly, far too young, on 2nd October 2018. Chandra was an incredibly important member of the network – she was a mentor to early career scholars as well as a contributor to a wide range of network publications, events and funding applications. We have added our recollections of Chandra to the website set up in her memory at http://lachandra.org/. Rest in peace, our sister, you will be much missed.

At the time of her death, Chandra was, with Sally Holt, the principal investigator of a project funded by the Folke Bernadotte Academy on rule of law and accountability, gender, and land and property rights in Colombia. She had recently completed a project as the principal investigator on an Economic and Social Research Council-funded research project on The Impact of Transitional Justice Mechanisms on Democratic Institution-Building, in partnership with Dr. Anja Mihr of the University of Utrecht.  Previous projects on rule of law, peacebuilding, accountability, and ex-combatants had been funded by the European Union, the British Academy, the US Institute of Peace, the Social Sciences and Humanities Research Council of Canada, and the Nuffield Foundation. She wrote extensively on human rights, transitional and international criminal justice, conflict resolution, conflict prevention and peacebuilding, and conducted research in Central and South America, the Middle East and North and sub-Saharan Africa, South Asia, East Asia and Eastern Europe. She was the author of three monographs:  Peace as governance: power-sharing, armed groups, and contemporary peace negotiations (Palgrave 2008); Globalizing justice for mass atrocities: A revolution in accountability (Routledge 2005); and Confronting past human rights violations: Justice versus peace in times of transition (Frank Cass 2004).

She received her PhD in Politics from Princeton University and her JD from the University of California, Berkeley.